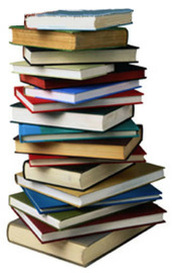 The library’s book budget got a much-needed, last-minute infusion of $20,000 for FY 2012-13, thanks, in part, to lobbying efforts by the Friends, who urged City Council to spend at least as much on books as on ammunition for the local police department.

Friends president Shauna Stokes’ challenge to focus on “books, not bullets” struck a chord with at least three Council members, who voted at the June 11 meeting  to approve the end-of-year allocation from unanticipated third-quarter tax revenue.

“I challenge future councils to spend more money for books than for bullets,” Council member Rudy Ramirez said, in proposing the year-end increase. He noted that the comparison is “symbolic,” in “what it says about our city.” Ramirez is a member of the Friends, as is Council member Patricia Aguilar, who also voted for the $20,000, and Mayor Cheryl Cox, who voted no. Mary Salas, the newest member of the Council, voted in favor of the extra funding, while Council member Pamela Bensoussan voted against it.

“I am not a bad person for not wanting to allocate $20,000 or $40,000 for library funding,” the mayor said, noting that she is a longtime supporter of libraries and education. Her concern, she said, was making “piecemeal” changes to a carefully balanced budget that was also strongly attacked by city employees who asked for higher wages in the coming year.

The library’s book budget was $575,000 before the 2008 recession resulted in draconian cuts in city funding for staffing and materials. The library has been able to offset some of that loss through grants and donations, such as the $45,000 the Friends donated in January 2013 and in October 2011 from book sales and contributions to the annual Book Fund.

Library director Betty Waznis noted that the library last year logged more than 900,000 visitors, an increase of 26 percent. More than one million items were circulated, but that represents an increase of just 9 percent, which she attributes to visitors’ being unable to find the books they want. Chula Vista ranks in the bottom 10 of 182 California cities in spending for library books and materials. Statewide, the average per capita spending is nearly $3; in Chula Vista, it is a little over 10 cents.