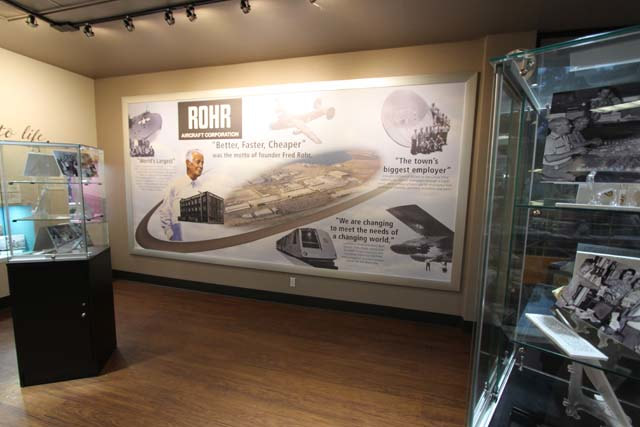 During the business portion of the meeting, executive board president Shauna Stokes outlined the Friends’ accomplishments during the past year and goals for 2016. Mayor Mary Casillas Salas and library director Betty Waznis also spoke briefly. Michael Encarnacion was elected to a three-year term as vice president of the Friends’ executive board, and board secretary Nancy Lemke was elected treasurer.
The history of Rohr Aircraft Corporation, started by Fred Rohr, a major employer in Chula Vista from the 1940s to the 1990s, will be the focus of the new exhibit in the Chula Vista Heritage Museum’s space inside the Civic Center Library branch.  This exhibit follows the Great Flood of 1916 exhibit, which opened in January 2016.
The exhibit opened at 3:30pm on Sunday, January 29, 2017.  Local historian Steve Schoenherr gave a presentation on Rohr for the Friends’ annual meeting, began at 2:00pm, January 29, in the Civic Center Library auditorium.
The meeting  included an overview of the Friends 2016 accomplishments and 2017 goals and election of officers to the Friends’ executive board.  Shauna Stokes has been nominated to continue as president, Helyn Sloan has been nominated as secretary, and Christy Albon and Barbara Rosillo have been nominated to continue as Members-at-Large.
The public is invited to the meeting and to the exhibit opening and reception that will follow.
Schoenherr, who is president of both the Friends’ Museum Board and the South Bay Historical Society, has done much of the research for the new exhibit, which will include photographs, materials from the company and its retired employees, items from the Library’s local history collection, and other materials from Jennifer Luther, the granddaughter of Fred Rohr.  Members of the Museum Board contacted former Rohr employees for their stories and memorabilia.  The exhibit will include a new feature whereby museum attendees can use their smart phones to scan a QR code in a display case and link to a web page with more information about the display.
The Rohr company had a profound impact on the history of Chula Vista and the aircraft industry.  It was the world’s largest producer of engine power packages from World War II to the 1990s.  Fred Rohr pioneered the concept of a “feeder” subcontractor supplying vital airplane components to the factory where the plane was assembled.  He developed new tools such as the drop hammer and new materials such as honeycombed titanium.
The company employed up to 10,000 workers in its 67 buildings on 162 acres along the Chula Vista bayfront from “G” Street to “J” Street.  The influence of the Rohr weekly payroll was dramatically demonstrated in 1954 when Fred Rohr paid his workers in silver dollars, flooding the community with bags of coins.
The exhibit is funded by the Local Heritage Museum Chapter of the Friends of the Chula Vista Library and a Community Enhancement Program Grant, via Supervisor Greg Cox, from the San Diego County Board of Supervisors
​ 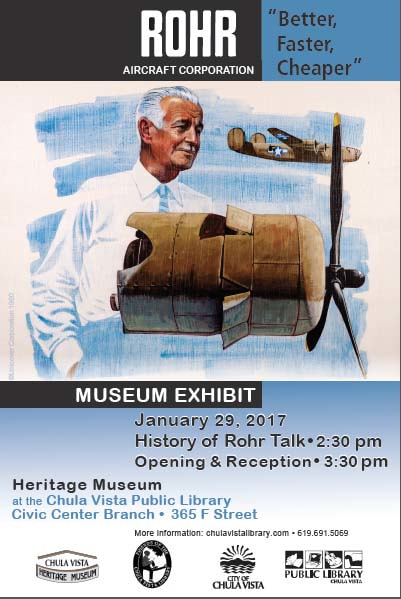 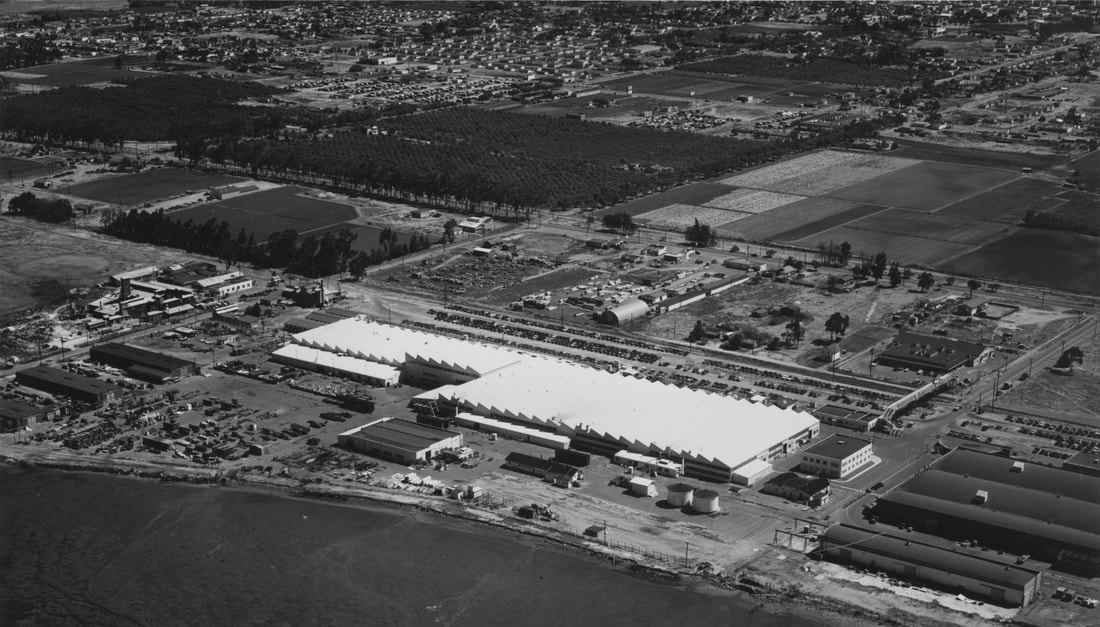